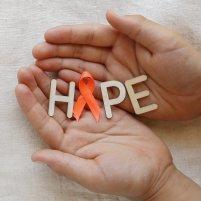 Peptides are short chains of amino acids that carry out an array of important biological functions. Peptides are used to control or to trigger actions in our cells. Certain peptides act as hormones, switching on or off certain biological processes, while others can have an antiviral or therapeutic immune system response. Peptides can be used to switch on lost cell function or to insert information into the body to trigger a therapeutic reaction. Peptides help maintain hormonal balance and prevent age-related chronic diseases. Call Align Healing Center today to book your appointment.

Peptide therapy has wide-ranging effects and can be used for a variety of conditions and symptoms, promoting wellness and longevity.A few months of peptide therapy, repeated at regular intervals, is necessary to feel the therapy’s full benefits.

Some Benefits of Peptide Therapy:

Below are the most commonly recommended peptides we offer and their benefits:

The combination of these two peptides has been developed to naturally increase the level of growth hormone (HGH) in the body by acting in a synergistic way. It is administered as a small subcutaneous injection prescribed five days a week at night to maximize the body’s natural cycle of growth hormone and stimulate the pituitary gland during REM sleep.

This peptide chain of 15 amino acids is a partial sequence derived from a protective protein found in stomach acid and is one of the most used worldwide. Its particular role is to repair damaged tissues. Experimentally, it has been demonstrated to accelerate the healing of many different injuries and wounds including tendons, ligaments, joints, and bones. Additionally, it has shown to protect the digestive tract and to combat leaky gut and gastritis. It is currently in clinical trial for the treatment of inflammatory bowel disease (IBS) and Crohn’s.

It is prescribed either in daily subcutaneous injections or as an oral capsule taken once or twice a day as indicated by your Aspire practitioner.

Thymosin is a hormone secreted from the thymus. The predominant form of thymosin, thymosin beta 4, is an actin, a cell building protein. This cell-building protein is an essential component of cell structure and movement which leads to its role in tissue repair. Tβ 4 has been found to play an important role in protection, regeneration, and remodeling of injured or damaged tissues. It can be taken on its own or in conjunction with other therapies, making it a versatile and valuable peptide. Thymosin beta-4 is self administered daily as a subcutaneous injection.

Thymosin alpha-1 is responsible for restoring the immune system function as it activates various immune T cells, the first line of defense in the body. Clinical benefits are expected in disorders where the immune response is impaired or ineffective, especially for patients with chronic infections or auto-immune conditions. Thymosin alpha-1 can be self administered daily as a subcutaneous injection or 1x per week as an IV infusion.

In medical studies, this peptide has been shown to provide libido-enhancing effects in both men and women. It works by activating specific receptors in the central nervous system and increase sexual desire. It also helps improve erectile dysfunction in men. Unlike Viagra or Cialis, this peptide does not act on the vascular system and consequently does not have any side effect on your blood pressure. It can be administered as a subcutaneous injection 30 minutes before sexual activity.

Find out more about peptide therapy by contacting us today!